Get the lowdown on microgreens from chefs, grower at the Spring Katy Home & Garden Show 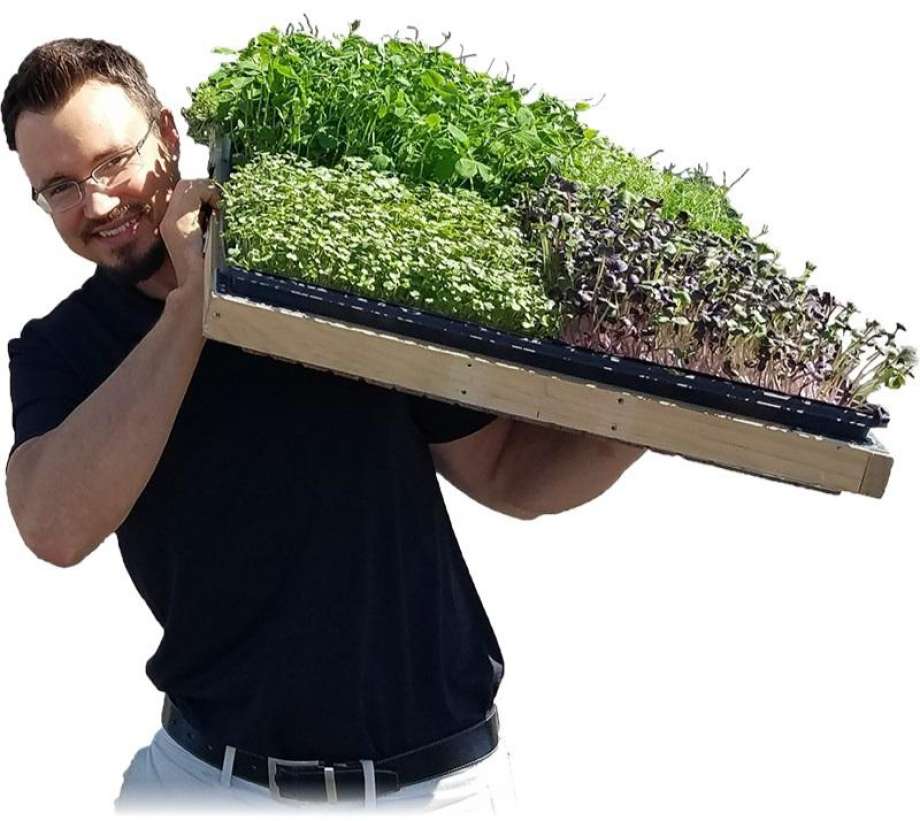 If eating more healthy is among your resolutions for 2020, making room on the calendar for a weekend visit to the Spring Katy Home & Garden Show might be something to consider.

The Green Scene will feature demonstrations by chefs such as Conor Moran of Katy as well as James Hinton, owner and founder of Zero-Point Organics, which grows microgreens — seeds of vegetables and herbs — near Hempstead.

Both talk of the nutrient-dense microgreens as an appealing vegetable for youngsters. The show will be Jan. 25-26 at the Merrell Center, 6301 S. Stadium Lane in Katy. Visit www.katyhomeandgardenshow.com for details and tickets.

“Microgreens have great flavors, plus kids love them,” said Hinton. “Especially for parents who have kids who don’t like vegetables, microgreens have a different approach.”

He gave an example of a recent partnership between Zero-Point Organics and a private school on a microgreens project. For a lot of kids who said they didn’t like vegetables, they came back for seconds and thirds of microgreens, he said. “Microgreens have unique flavors and textures,” he said. Unlike a full head of broccoli, for example, microgreens are between 2 and 6 inches tall and aren’t as intimidating.

“Microgreens have unique elements that really appeal to a much younger generation,” continued Hinton. “It’s a neat experience to see the excitement that the kids have.” With microgreens, people consume from the stem up whereas with sprouts people consume the root structure, he explained.

“Microgreens don’t look like your typical vegetable,” added Moran. He said they’re super approachable, super crunchy and burst in a kid's mouth. “It’s fun for them.”

Pick microgreens right off the stem, pop it in your mouth and it has more flavor than whatever the adult version of that produce has, he added.

But it’s not just for kids. Moran mixes microgreens to create a pesto that he said is fantastic and with adult cocktails. He said the microgreens add flavor, make the drink a littler clean and give a good kick of extra nutrients. “I’ve done simple syrups. I’m working on an ice cream and working to incorporate microgreens in crepe batter to infuse an awesome flavor to crepes,” he said.

Hinton said his presentation at the home & garden show will focus on education — what are microgreens and how they’re used. Based on participation at farmers markets and other events, Hinton said microgreens are starting to become popular but there’s still a gap of knowledge.

Moran, who used to be a demo chef for businesses and who traveled across the United States, said he and the other chefs will be making fun creations along with a bar of mocktails. In addition to Moran's recipes for pesto and microgreen flatbread, Chef Brett Jackson of Brett’s BBQ Shop will feature brisket along with a homemade microgreen salad and Chef Ara Malekian of Harlem Road, TX BBQ will feature brisket and microgreen potato salad.

“I fell in love with serving people,” said Moran, and added that his food truck/catering business allows him to serve and interact people while cooking directly for customers. “I found my creative outlet through cooking,” he said. He also created a media company, www.on3media.co/podcast, that features podcasts of restaurants and chefs.

Moran, who held various positions in a the restaurant field since the age of 15 before becoming a chef, also promised some surprises at the show and said he’s super excited to share space and time with the other chefs whom he called “heavy hitter guys who are super creative.”

“It’s going to be fun and a great learning opportunity,” said Hinton, “to see what chefs are doing and how chefs are using microgreens.”

Hinton became interested in gardening in 2012 after visiting his brother and sister-in-law’s home in the Heights where they grew vegetables in their front yard. Combined with his interest in fitness and health, Hinton started researching urban farming/gardening. That experimenting led four years later to microgreens. Visit www.zero-pointorganics.com/microgreens for details.

What formerly served as space for car restoration by his father now is a warehouse where vertical racks are home to microgreens, which take between one and four weeks to grow in a soil or hydroculture. Pumps are activated on timers to irrigate the crops. The environmentally controlled warehouse allows the company to grow crops year-round.

“If it’s grown in a medium that does not provide an adequate source of nutrients, it doesn’t have as much punch,” he said. Some seeds favor a soil medium, which comes from a wholesaler and then is tweaked over hydroponics, he said. Comparing microgreens to human adolescence, he said that stage of growth in the plants has a higher metabolism that means a higher nutrient level and high-density flavor.

Customers primarily are restaurants, country clubs and juice bars, he said, and popular crops include peas, cilantro, radish and sunflower. Shelf life of microgreens varies from one to three weeks.

For Zero-Point Organics, 2020 will be a year of expanding the crop line. Hinton talked of experimenting with edible flowers, for example. Moran hopes to do a podcast around Zero-Point Organics, incorporating recipes from Houston area chefs to showcase the impact of microgreens on the restaurant industry and the community.

Moran, who fell in love with the restaurant industry about 20 years ago, is excited about what Hinton is doing. "He has so much knowledge and passion about microgreens," said Moran. “He’s trying to make a community impact. He’s talked of working with schools and neighborhoods that don’t have a lot of access to vegetables."